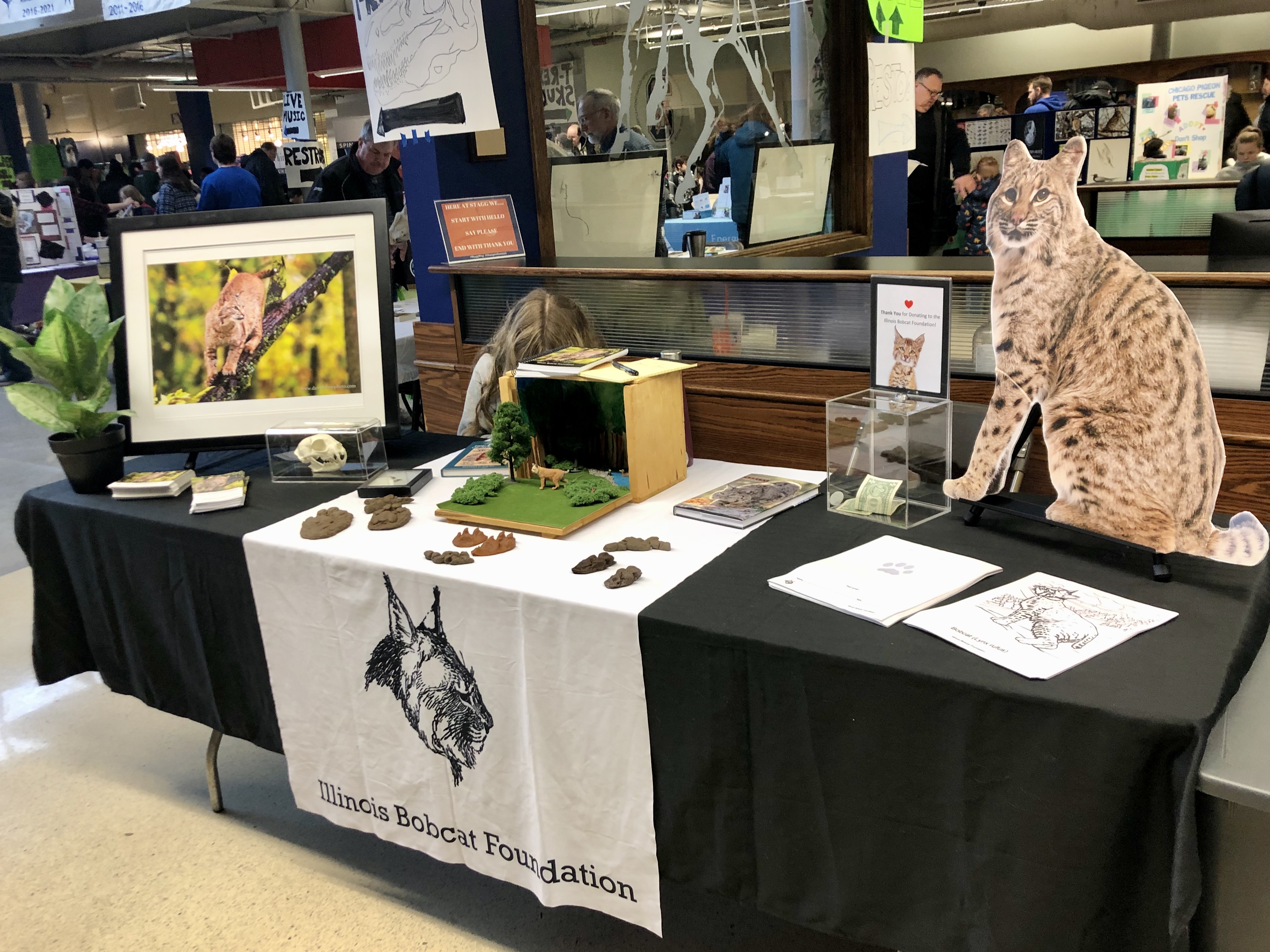 How Can You Help?

Our goal is to protect and promote awareness concerning the welfare of the bobcat (Lynx rufus) in the State of Illinois.

We envision a state where….

- Legislation prevents the mismanagement of bobcats

The bobcat is the only native cat of Illinois. Bobcats, named for their short, bobbed tail, are about twice the size of a common house cat. They use their keen sight and hearing to hunt rabbits, squirrels, small rodents and some birds. They are nocturnal, reclusive animals that prefer forested or wooded areas. In 2014, legislation was introduced to remove the ban on trapping/hunting bobcat. The first season in over 40 years was underway by November 2016. The Illinois Department of Natural Resources (IDNR) estimates the bobcat population has grown to 5,000 statewide, mostly in southern regions.

How to Identify Bobcat Tracks